Despite several efforts to make search engines more child-friendly, children still have trouble using systems that require keyboard input. We present TeddIR: a system using a tangible interface that allows children to search for books by placing tangible figurines and books they like/dislike in a green/red box, causing relevant results to be shown on a display. This way, issues with spelling and query formulation are avoided. A fully functional prototype was built and evaluated with children aged 6-8 at a primary school. The children understood TeddIR to a large extent and enjoyed the playful interaction. 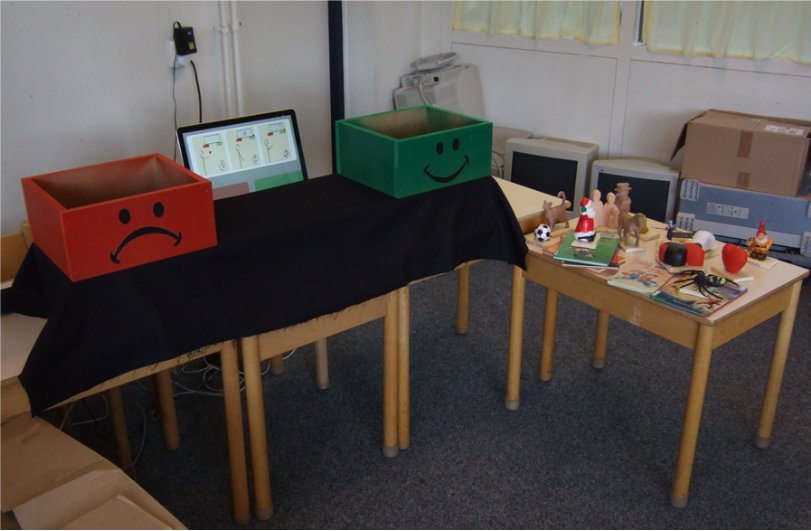 TeddIR in the set-up used during evaluation.

TeddIR will be presented at 9th International Conference on Interaction Design and Children, Barcelona June 9-11, 2010.