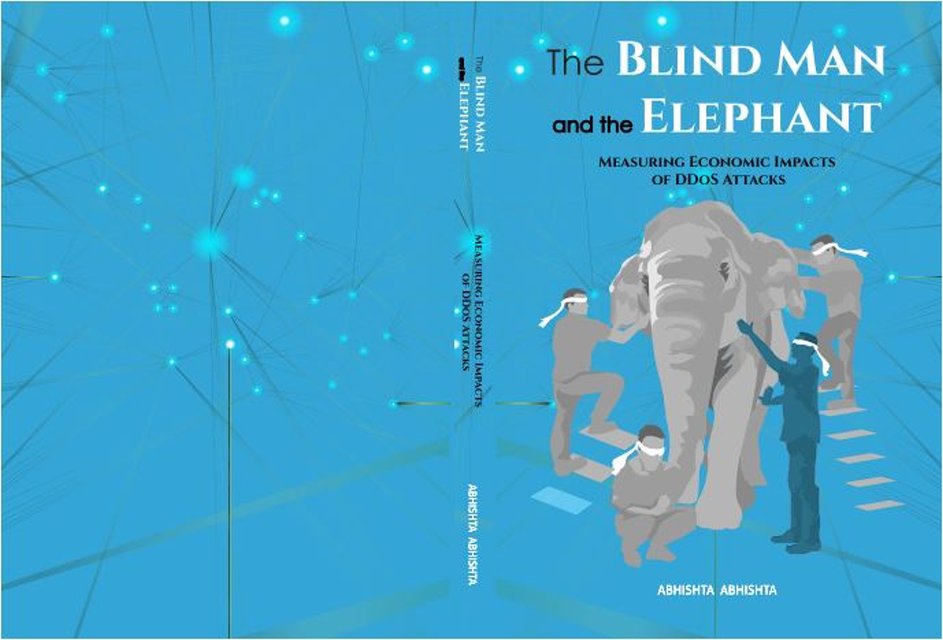 The Blind Man and the Elephant: Measuring Economic Impacts of DDoS Attacks

Internet has become an important part of our everyday life. We use services like Netflix, Skype, online banking and scopus etc. daily. We even use Internet for filing our taxes and communicating with municipality. This dependency on network-based technologies also provides an opportunity to malicious actors in our society to remotely attack IT infrastructure. One such cyberattack that may lead to unavailability of network resources is known as distributed denial of service (DDoS) attack. A DDoS attack leverages many computers to launch a coordinated Denial of Service attack against one or more targets.
These attacks cause damages to victim businesses. According to reports published by several consultancies and security companies these attacks lead to millions of dollars in losses every year. One might ponder: are the damages caused by temporary unavailability of network services really this large? One of the points of criticism for these reports has been that they often base their findings on victim surveys and expert opinions. Now, as cost accounting/book keeping methods are not focused on measuring the impact of cyber security incidents, it is highly likely that surveys are unable to capture the true impact of an attack. A concerning fact is that most C-level managers make budgetary decisions for security based on the losses reported in these surveys. Several inputs for security investment decision models such as return on security investment (ROSI) also depend on these figures. This makes the situation very similar to the parable of the blind men and the elephant, who try to conceptualise how the elephant looks like by touching it. Hence, it is important to develop methodologies that capture the true impact of DDoS attacks. In this thesis, we study the economic impact of DDoS attacks on public/private organisations by using an empirical approach.